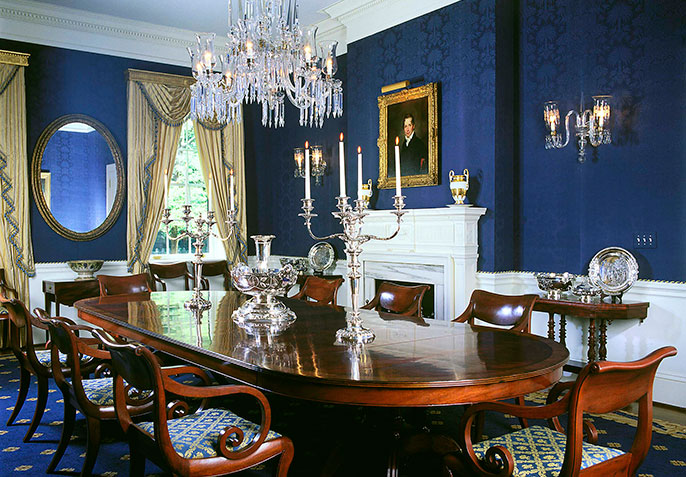 State Dining Room
Just as the Large and Small Drawing Rooms were used for after dinner entertainment, discussion, and debate, the State Dining Room was the setting and preamble for these activities, hosting large gatherings for dignitaries and friends of the sitting Governor.

And beautifully presented as part of this gracious setting are parts of the 66-piece set of Gorham silver commissioned by the State in 1908 for our first battleship – the USS South Carolina. This exquisite set depicts flowers, vegetables, and other crops grown in our state.

Also of note is the Samuel F.B. Morse portrait. Mr. Morse (1751-1872) was an accomplished artist prior to inventing the telegraph and the Morse code. He painted this portrait of Governor Robert Young Hayne (1832-1834), who was a prominent Charleston businessman and also served as mayor of the city. He is known, as well, for the Hayne-Webster debates as a South Carolina Senator. 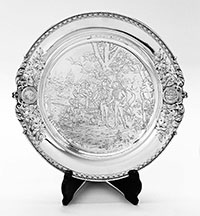 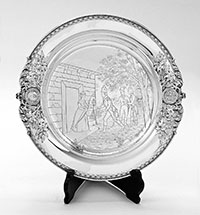